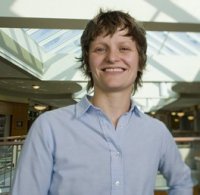 Welcome to a special audio edition of In the Library with the Lead Pipe. Ellie Collier talks to Char Booth, E-Learning Librarian at the University of California at Berkeley and author of Informing Innovation: Tracking Student Interest in Emerging Library Technologies at Ohio University, a book length research report recently published by ACRL and available as a free download. We’ll be talking about Char’s path to librarianship, the importance of mentors, the process of writing and publishing her book and much more. I hope you enjoy it as much as I did.

Thanks to Kelly Jensen and Emily Ford for reviewing my questions, to Brett Bonfield for his technical expertise and, of course, to Char Booth.